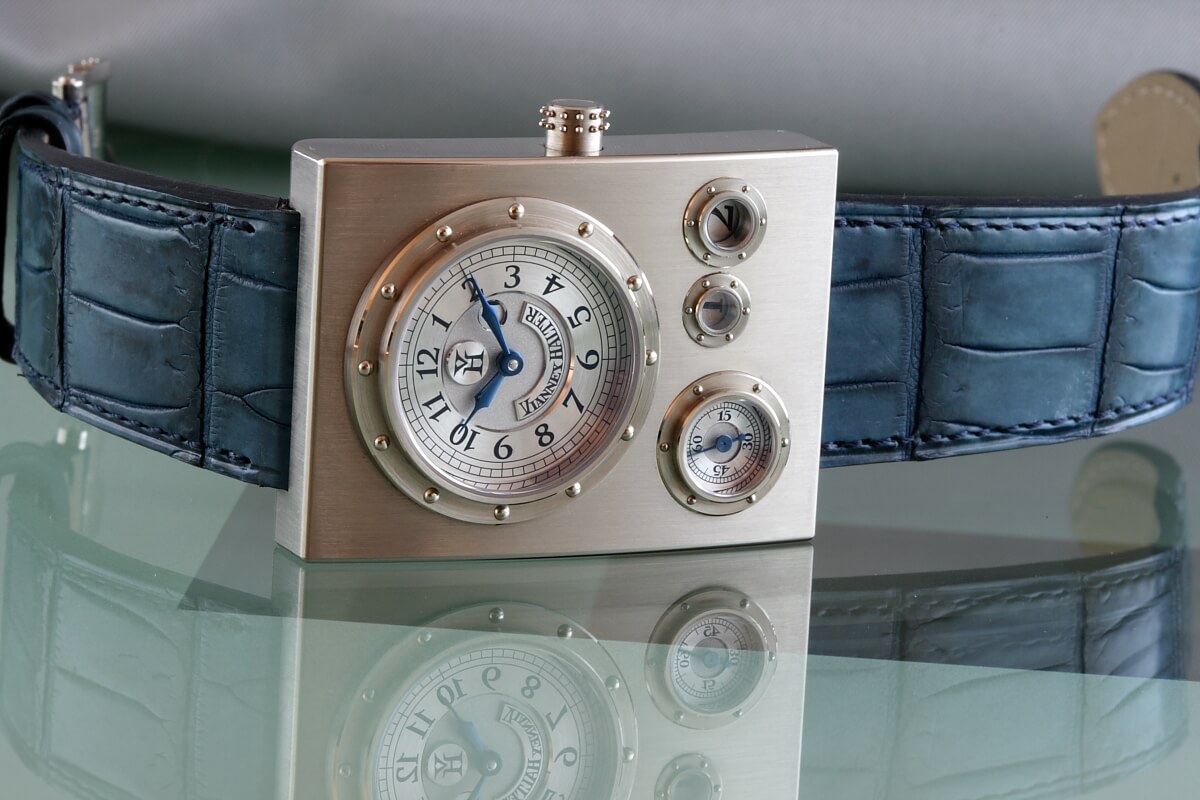 If you spend half as much time as I do on Instagram scrolling through wrist shots you will be familiar with our next guest on the Collector Series. He goes by the name @whatmakesmetick. What attracted me to his work was the sheer volume and variety of watches on show. With a clear respect for bespoke gentlemen’s footwear and a wealth of independent watchmaking knowledge – we simply had to get him on. We caught up to discuss his Vianney Halter Trio and why it’s such a damn cool watch. 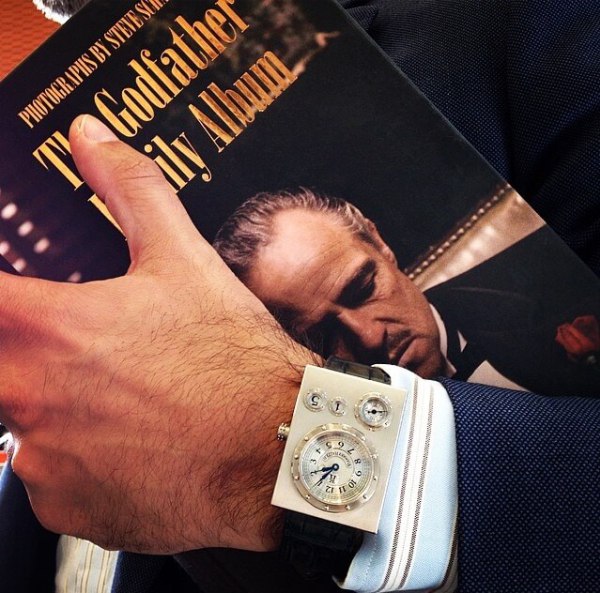 When did you first get into watches ?

My fascination with watches started in the early 1980s when I received one of the 1st Swatches as a present from my parents.

What drew you to Vianney Halter as a manufacturer?

I had discovered Vianney at one of my very first trips to Baelworld, it was 2000 or 2001 and I was struck by his universe. It was so different from what had seen before with true horological roots. The man was also extremely passionate and I still see him once in a while and it’s always a great pleasure. You see the people behind a watch are almost as important for me as the watch itself.

Was it many years of developing your appreciation for various watches that led you to Vianney Halter?

I had been collecting for 5-6 years when I discovered Vianney and after that my world was never the same!

I couldn’t afford the Antiqua and I really wanted something from Vianney with the portholes, but at the time the Trio was just a prototype and he wasn’t sure to go on with it but I pestered and hassled him so much that he finally made it and I got the first one. 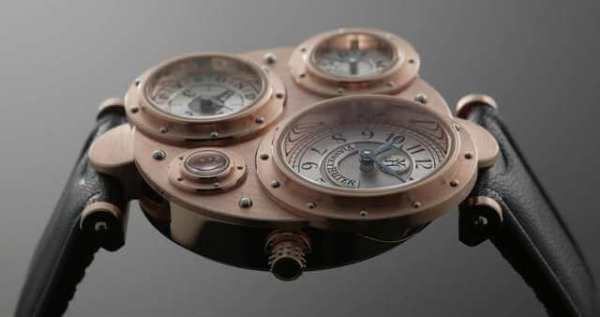 Do you have a soft spot for Independent manufacturers?

Yes definitely but I don’t have a blind love for them, there are the independents who are there just for the gimmick and those who have true horological roots, a vision and honesty like Vianney Halter, Urwerk, De Bethune or MB&F to name just a few.

How do you value brand heritage against how a watch looks?

This actually depends on the price! If the watch looks good and rocks my boat and comes at a rather low price I am happy getting it even though if down the line the brand will no longer be in business to repair the watch or because resale is low. However, as the price of the watch increases so does the pressure on my bank account so brand heritage and philosophy will play a greater part!

Is accuracy more important than rarity to you?

To tell you the truth I don’t really care about either!

Can you tell us more about the movement?

The movement (Cal VH205) is quite surprising as it is a rectangular automatic with a sapphire rotor so when you look at the movement from the back you would think it is manual wind. 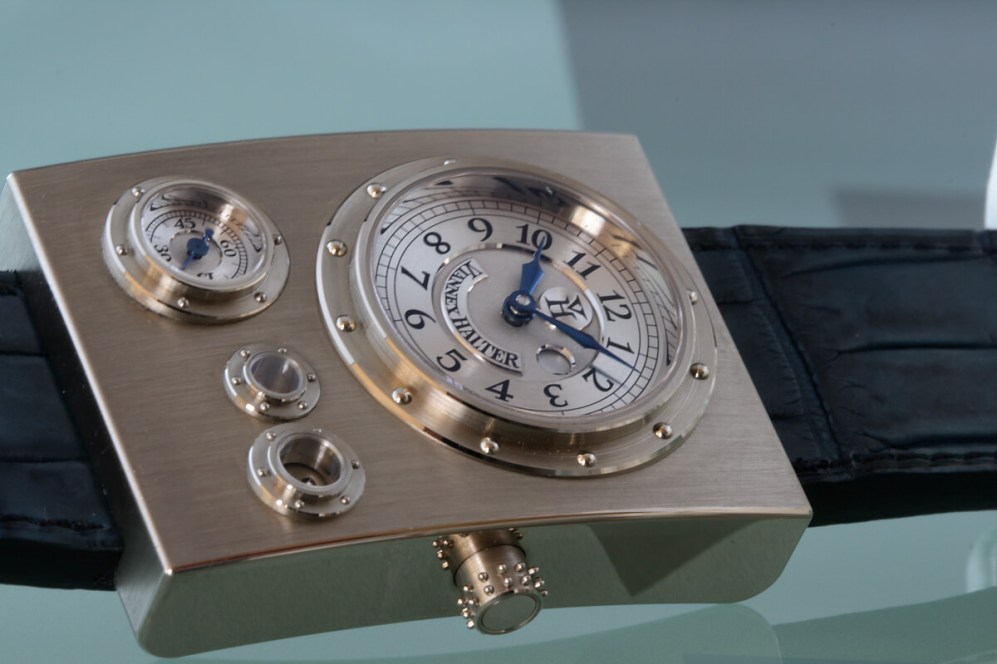 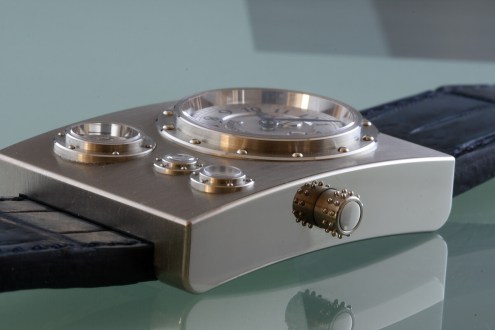 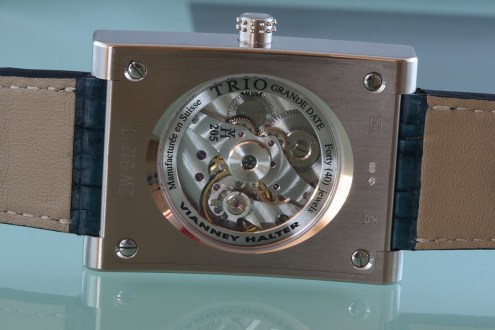 White gold. I usually prefer rose gold but the Trio looks like a ingot on the wrist and I was afraid rose would be a bit too much.

With its rectangular case, how does it feel on the wrist?

It’s a rather big watch but wears well.

How much wrist time does it get?

Quite a lot, I always wear it with immense pleasure.

Its a beautifully unusual watch, does it draw many questions when your out and about?

Yes, I have a lot of friends who ask me about it, I’ve even had comments from people in bars and restaurants. However, none of them has heard of Vianney, unfortunately.

I don’t categorize my watches and wear them when I feel like it so no specific day or event. 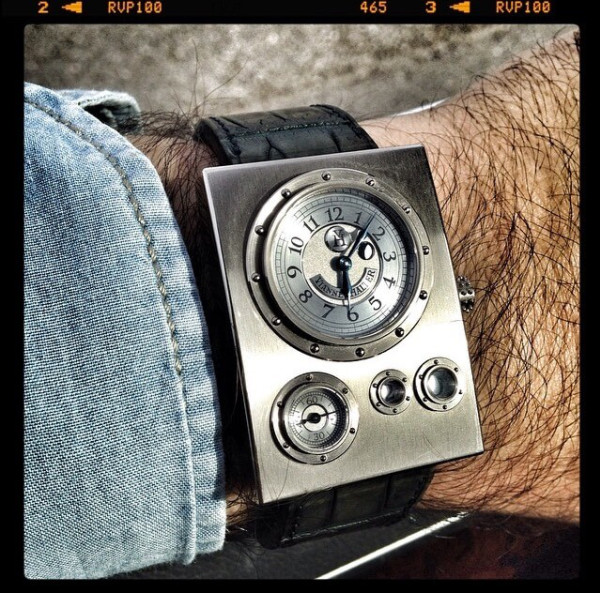 How much contemplation went in before making the purchase?

I didn’t really contemplate very long as I’m the one who was pestering Vianney to make the Trio, but I think 2-3 years passed between my first hints and the delivery.

Do you listen to the advice of anyone before making a purchase?

As a collector, are you concerned with resale value?

Yes as I don’t have unlimited funds and my collection is ever evolving so I would like to feel comfortable that my watch will not have lousy resale value. But this is mostly true for the really expensive watches. However, I never buy a watch as an investment.

What (if anything) have you got your eye on next?

I would love to have a vintage Rolex 6265 Daytona. A De Bethune Digitale would also make me happy!

Can a collector ever be fully satisfied with his/her collection do you believe?

If you had asked me this question 5-6 years ago I would have said no, but today yes definitely one can be satisfied, but a collection should evolve because our tastes and wants change so I’m currently satisfied with my collection but maybe in a few years I won’t and will be searching new things 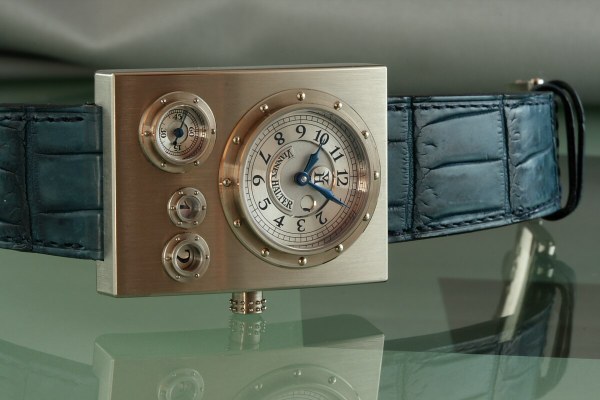 It’s difficult to give advice in general as will depend on budget and tastes but what I would suggest is to read and learn a lot before and to stick to basics at the beginning as tastes will evolve.

When collecting do you think its important to stick to a brand or a category (ie. Patek/IWC or aviation/dive pieces?)

Not really, collecting watches is irrational so having a rational process doesn’t really make sense to me. I think you should buy what puts a smile on your face.

Is this Trio a keeper or can you see it leaving your collection one day?

It definitely is a keeper as I have as much pleasure putting it on my wrist today as I had close to 10 years ago when I bought it.

Do you have ambitions of passing your watches on one day?

Well as late as possible! 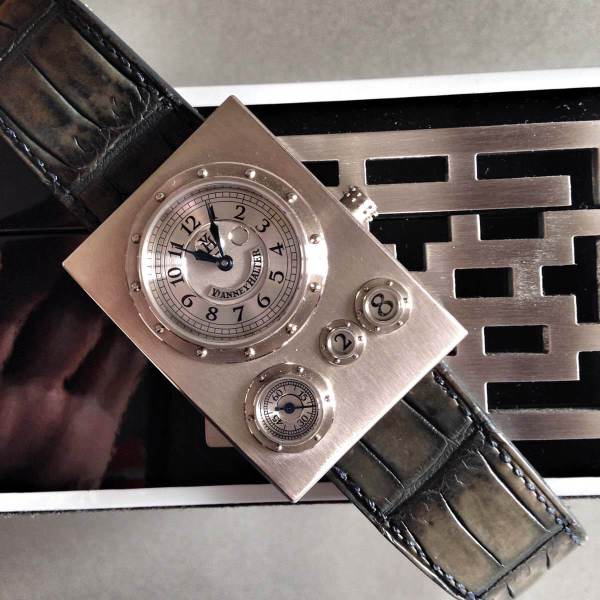