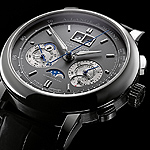 SIHH 2015 has come and gone, and instead of immediately bringing you a “Top 5 Watches” or “Top 10 Watches”  — which we will surely do later on, nevertheless — we at FratelloWatches thought it might be interesting to pick a top new watch release from SIHH 2015 in five different categories.

The 2015 Salon International de la Haute Horlogerie included 16 watch brands, most of them part of the mighty Richemont Group. Once, there was only one event per year at which watch manufacturers showed their collections, namely during the much larger exhibition in Basel. At one point, some brands decided — for various reasons, but mainly to have a different and more luxurious atmosphere — to host their own exhibition at Geneva’s Palexpo building. This year, that exhibition, the SIHH, celebrated its 25th anniversary.

Since there is so much information coming your way already, in the shape of watch reviews, “Top 5/10/20″ lists, etc., I decided instead to highlight one watch in five categories that I created myself based mainly on the what I saw in Geneva. (One category that is not represented here is the diving watch category, but I will address that when I cover Panerai in another article.)

Although there were plenty of new watches for ladies, from various brands like Baume & Mercier, Cartier (with its new Clé de Cartier) and Audemars Piguet (with its nice lineup of ladies’ Millenary models), there was one watch that really stood out from the rest: the Richard Mille Tourbillon Fleur. Whether you like diamonds on a watch or not (many women certainly seem to), the mechanism inside this watch should interest anyone with a weak spot for mechanical watches. A beautifully painted magnolia flower opens and closes every five minutes (taking six seconds to do so) to demonstrate the flying tourbillon that is inside. When the magnolia opens, the tourbillon cage is lifted a bit outside the flower so it can be observed from various angles, and after five minutes the cage lowers into the movement again and the magnolia closes its five petals. This procedure can also be triggered manually, by pushing the button located at 9 o’clock. More about this fine timepiece can be found here. In some parts of the world, the two-tone watch never really went away, and even remained very popular, but here in the Old World, two-tone watches were regarded for a long time as out of style. This doesn’t reflect my personal taste, by the way, as I have a weak spot for my Rolex Oyster Quartz in two-tone and wouldn’t mind owning a mint-condition Royal Oak 5402 in steel and gold. A few brands at the SIHH brought this fine combination of precious metal and stainless steel back into the picture, and Audemars Piguet had the most striking example, in my opinion. The Audemars Piguet Royal Oak 15400SR, a 41-mm, three-hand watch, will now be available in two-tone. It’s worth mentioning that this watch’s 36-mm predecessors from way back were also available in a steel-gold combination. The previously mentioned Royal Oak 5402 in two-tone is, of course, similar, but considered to be the “Jumbo” or “Extra-Thin” version. More about the new two-tone Audemars Piguet Royal Oak 15400SR can be found here. Minute Repeaters are the New Tourbillons

I don’t make it a secret that the minute repeater complication is more interesting to me than a tourbillon. Although a tourbillon watch can often be very impressive, nothing beats the sound of a minute repeater. Although Audemars Piguet was able to produce the loudest and cleanest-sounding minute repeater with its Royal Oak Concept RD#1 watch, it was a prototype that won’t be in boutiques in the near future. So allow me to rule that one out. After that, the most impressive minute repeater of SIHH 2015, for me, was the A. Lange & Söhne Zeitwerk Minute Repeater. This minute repeater made in Glashütte, Germany is a “decimal” minute repeater, meaning that after activating the mechanism using the pusher at 10 o’clock, it strikes the hours, the 10 minutes (instead of the more common quarters), and the minutes. The Zeitwerk Minute Repeater also memorizes the actual time, so when you activate the minute repeater seven seconds (for example) before a new minute starts, it strikes the time as it was when you pushed the button. After the minute repeater finishes its job, the watch jumps to the correct time (and date). The watch is not limited by numbers, but purely by the capacity A. Lange & Söhne has to manufacture it.