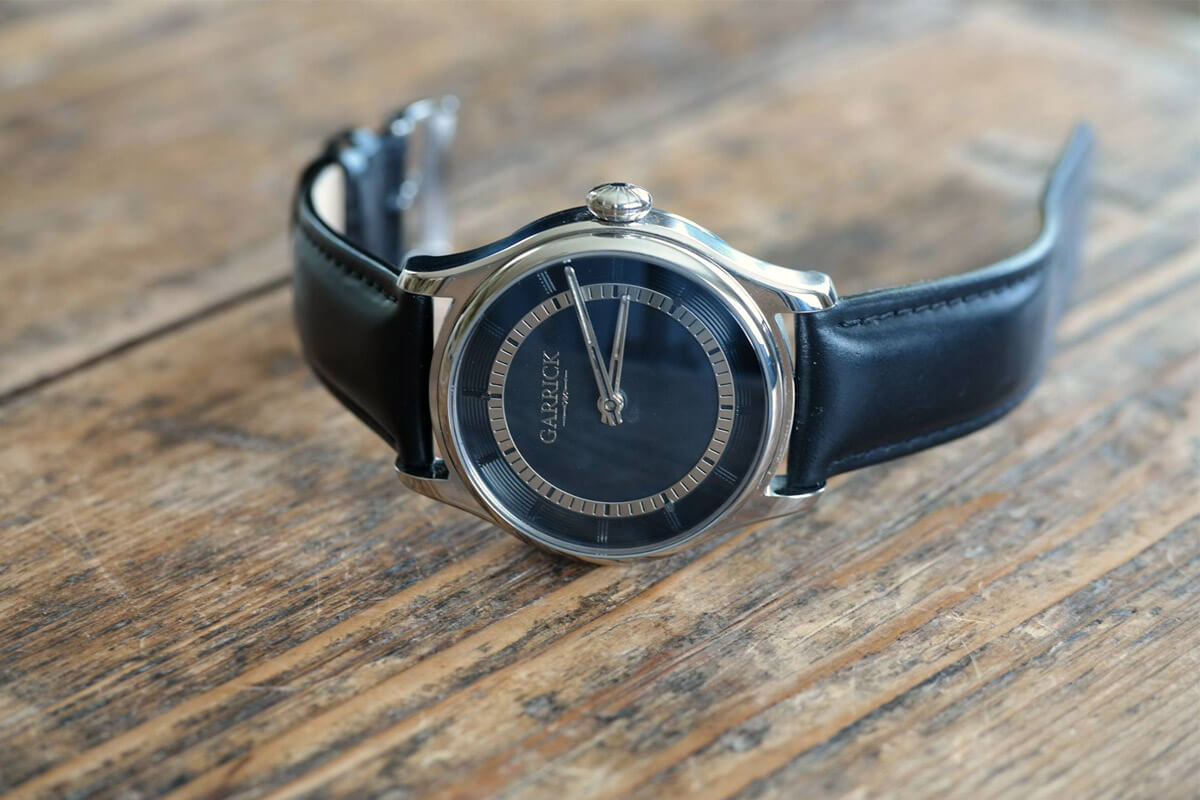 In 2014, new names joined the British bastion: businessman David Brailsford teamed up with watchmaking wizard Simon Michlmayr to form Garrick, and the Shaftesbury SM301 was their inaugural watch. If today your first thought of a luxury watch is something Swiss, Garrick wants to occupy the map of possibilities with a new British offering, the Garrick Hoxton SM302.

When it comes to British aristocracy, impeccable breeding and refinement, Garrick is a ‘member of the club‘ with its new Garrick Hoxton SM302, but it also elevates British watchmaking on a world stage. Just as the British once ruled the waves, they also were a horological force: John Harrison developed the Marine Chronometer (1735-1759), Thomas Mudge contributed the Lever Escapement (1750), and John Arnold, shall we say, “improved” the Detent Escapement for production (1775). 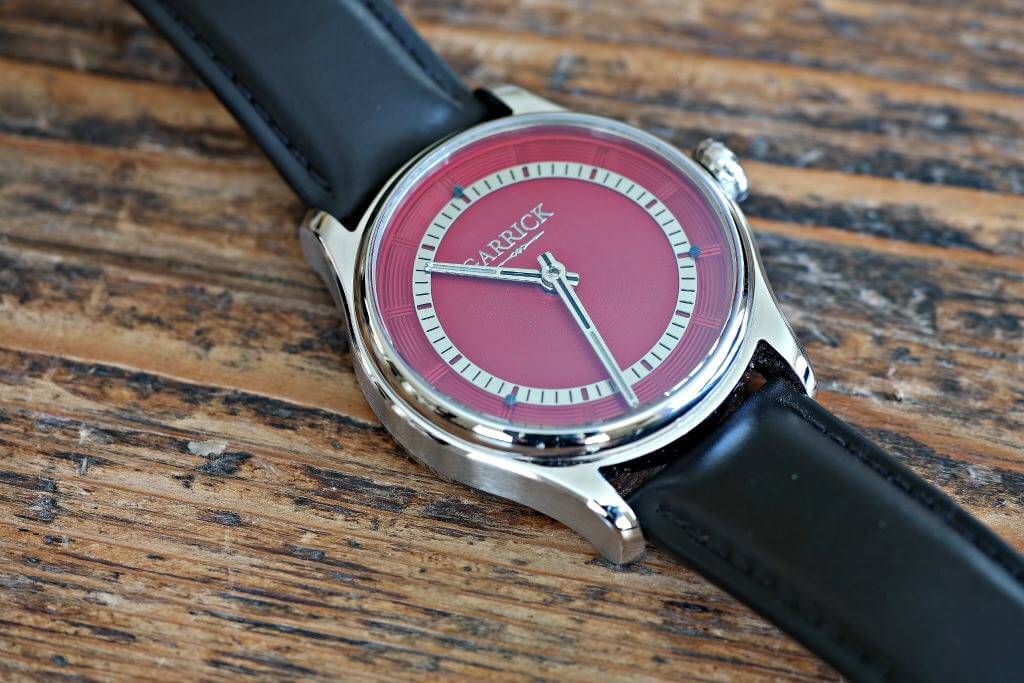 The Hoxton SM302, so-named for a district in the East End of London, portrays time’s essence in the cleanness of hours and minutes. Though one can commission a bespoke watch from Garrick, the range of choices with the Hoxton SM302 makes a ready alternative. There is a choice between hushed hues or spirited shades, and apart from the company logo and applied chapter ring, color dominates the circularly textured, guilloché dial. The 42mm case has a smooth, receding bezel so as to feature the dial, and the watch combines appearance and comfort in its black, Cordovan strap. 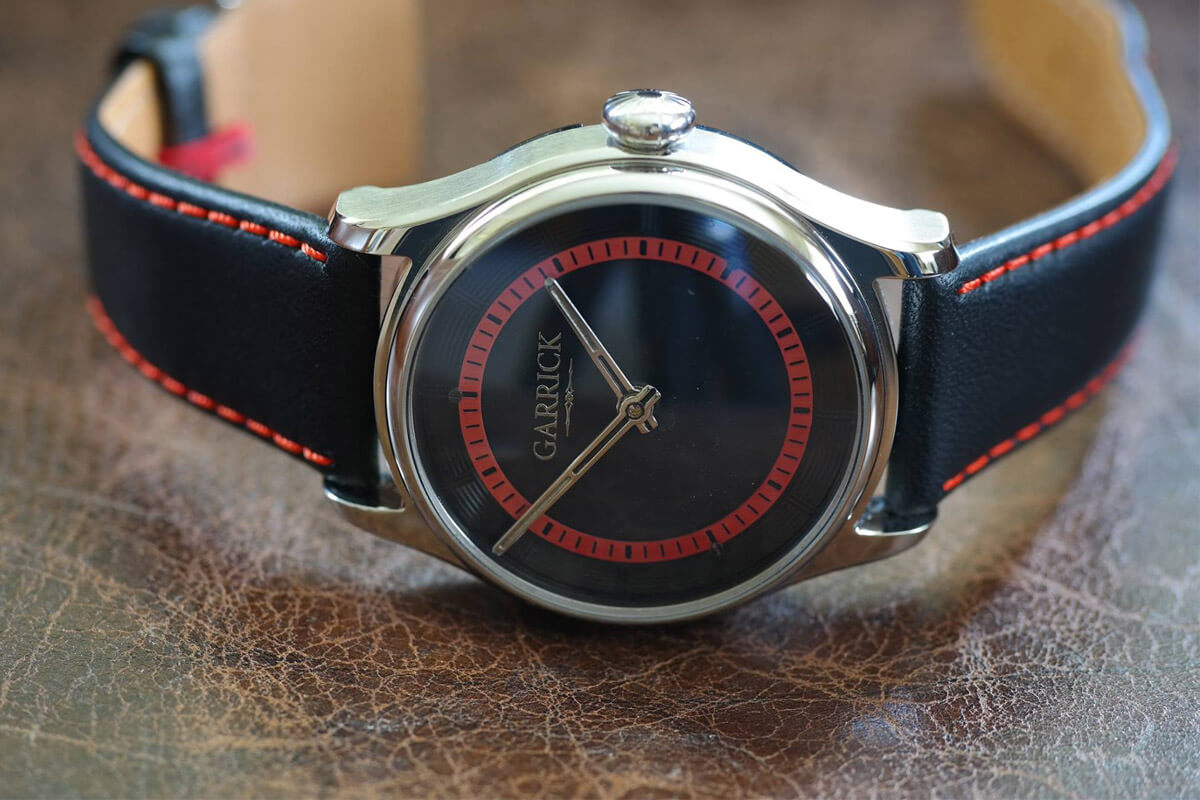 The earlier Shaftesbury SM301 with its ample hand-finishing set the stage for Garrick’s level of craftsmanship. In the Hoxton SM302, every dial, each pair of hands, and the movement bridges are made in-house. Applied to the hand-turned dials is a chapter ring, which is affixed at 12, 4 and 8 o’clock by thermally blued screws. Garrick was careful to avoid countersinking the screws, leaving them slightly elevated. Not only does the applied chapter ring add a three-dimensional depth of field, but when the light plays across the blued screws, it reveals a colorful idiosyncrasy and proud attention to detail. 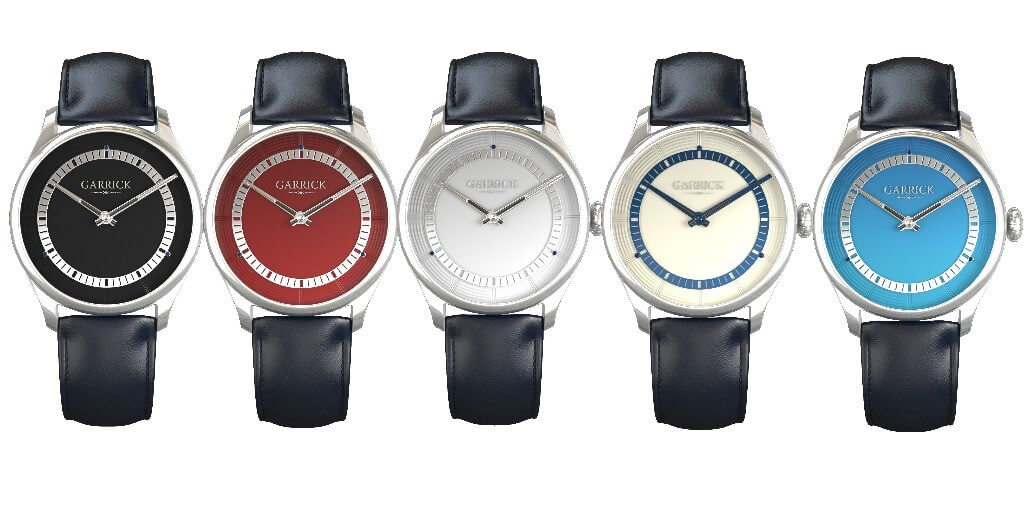 In an age of mass-produced watches, Garrick’s furtherance of British hand craftsmanship in its lively Hoxton SM302 contributes a beguiling choice. Garrick may be a new name, but the British tradition it embodies is timeless. More details on www.garrick.co.uk.